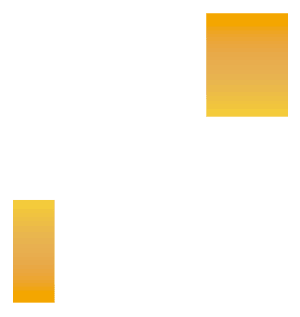 “Love conquers, more than violence…the word of God is pushing us to love them, even though they are doing what is not right to us, we are compelled” (Peter Wash, Nigeria Director, Firm Foundations)

Christians in northern Nigeria (where Nigeria Director Peter Wash lives) suffer near-incessant massacres at the hands of both Fulani Muslim militants and the Boko Haram. However, most Christian communities remain committed to peace and to loving their Muslim neighbors whatever the cost. As Open Doors has documented, 70-88 percent of the victims in the “herder-farmer” conflicts are Christians. Most Christians do not retaliate. As Firm Foundations begins to work even more with Muslims in northern Nigeria, we decided to ask Peter how he can devote much of his life extending mercy to Muslims when just last year he lost his niece and her three children to a Fulani Muslim attack.

Peter told us, “I have a heart to reach them because they haven’t been given the privilege of listening to the gospel. They have been denied that privilege….if I were born in that community from childhood, how would I live my life?” This compassionate stance gives him a passion to give even the most hardened enemies of his community and faith the chance to hear the truth about who Jesus is and what His followers believe, and use every opportunity to show them Jesus’ love.

When I asked him about the losses he had suffered personally, he acknowledged that it hasn’t always been easy. Once, Fulani Muslims attacked Peter’s home village the day he left to share about Jesus in a Fulani Muslim village in Gombe. They took two hundred people away, including Peter’s brother and cousins. He said, “That was really devastating. They [the Fulani from Gombe] went and called the chief. Unless the chief answered me, I wouldn’t be allowed to speak anything to them. As I was sitting down quietly waiting for the chief, I was just imagining, these are the people that went and killed my brother. I felt in my heart, ‘Why can’t God just send fire to consume them?’” But then Peter thought, “If I do that, they will all die as sinners…if I bring hell-fire on them, I judge rightly, but this is not what will bring peace. I have to preach the good news of love.”

Peter then said, “I talked to the chief, even though none of them received Christ, they told him that they have benefitted a lot [from Christianity] and none of them would touch me, it would safe for me to go there now.” When he talked with them more he discovered that the local Christian who was hosting him, paid for a Muslim to go to a hospital and be treated for their illness every year at Christmas and Easter, so they know what Christian love is, in that area.

“Islam has been struggling to overcome other religions through violence…but Christianity has been passing through much persecution and it is still here, even in places like Egypt, Tunisia…yet, it still survives. Love conquers, more than violence. They [the Muslims] were brought up to react anyhow to Christians, to insult, to abuse…immediately they will fight or kill. It is because they don’t really know God, and they don’t have the Holy Spirit who controls their temperament. In Islam, they still practice an eye for an eye, if somebody did something to you, you can have revenge….if they understood Christianity, and believed in God, a lot of the crisis would be stopped. The attitude we have here, is that the word of God is pushing us to love them, even though they are doing what is not right to us, we are compelled.”

DaraUnderstanding Christian love in the midst of Nigeria’s ethnic cleansing05.16.2019